Can't find what you looking for? Design Your Own Fiber Optic System
Download manual
ModelCL- ASI2IP

ASI is most commonly used for transporting encoded video streams as either MPEG-2 or MPEG-4. ASI is very useful for this purpose because a single ASI stream can carry many individual MPEG streams, known as programs. Every day the Digital Video Broadcast industry moves closer to an IP based infrastructure. Gigabit and 10 Gigabit Ethernet are making it possible to carry massive amounts of information, all on a common IP backbone protocol.  The CL-ASI2IP units are designed as a bi-directional transport system for ASI over IP networks. By converting the transport stream to Ethernet packets, ASI to IP and IP to ASI conversion is possible. Our CL-ASI2IP units are interchangeable; they can function as the transmitter, receiver, or both simultaneously. With our units it is possible to send and receive an ASI over IP signal at the same time. The ASI over IP signal can also be multi cast to many different receiving units. The ASI over IP stream can also be viewed on a computer running stream viewing software. These units can also be paired with wireless networking equipment to create low cost wireless links that incorporate a video over IP approach. As the industry continues to move to an all IP based infrastructure we will continue to see more and more video over IP solutions. 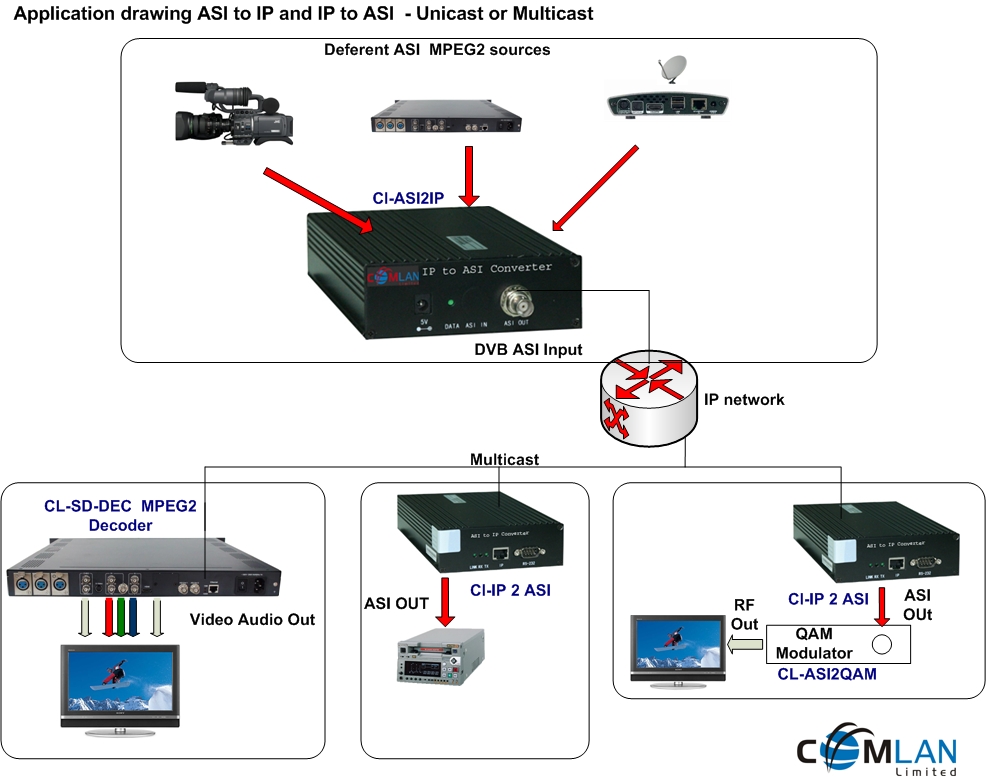